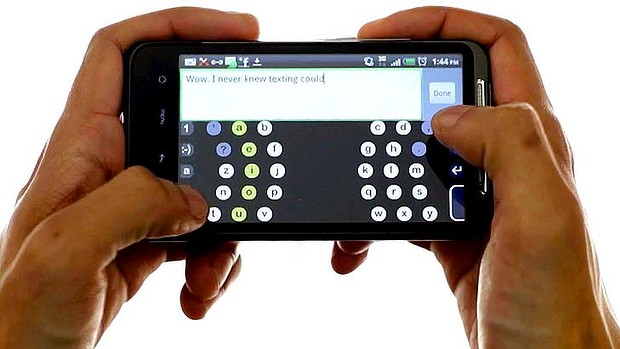 Brisbane-based entrepreneur John Lambie first started working on an alternative to what he calls the “dysfunctional” QWERTY keyboard more than 25 years ago, but has seen a real opportunity for people to break their QWERTY as they abandon keyboards for smartphones.

The keyboard is in alphabetical order with the letters split over five rows instead of three and it is able to be flipped for easier use by left handed people.

He is developing a keyboard for Android phones (Apple and Microsoft will not let developers change the keyboard of their smartphones), which should be ready for download as an app between August and September.

Mr Lambie is targeting developing countries, such as India and the Philippines, where people have not grown up with QWERTY keyboards in their homes, but are buying up smartphones that have been made in countries such as China on the cheap.

Mr Lambie said what people in developed countries had was the change in keyboard had already been heralded and proven easy to learn.

“I think the change now has been heralded by the advent of, perhaps the most popular keyboard that has ever been used, and has already paved the way for a new keyboard,” he said.