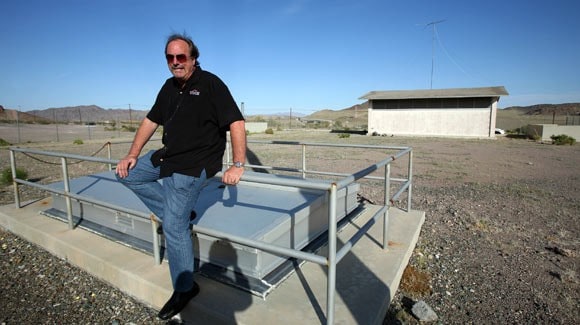 Come-ons for doomsday products, from survival classes to earthquake kits, abound on the Internet. Demand is fueled by natural disasters, terrorist activity and websites dedicated to exploring such topics as what will happen Dec. 21, 2012, the last day of the ancient Maya calendar and the date that, some people believe, the world will end, reports The Los Angeles Times.

Larry Hall is recruiting rich clients for what he calls an underground survival condo – in Kansas. He envisions a building that goes 15 floors beneath the ground, with units selling for $1.75 million. “After the earthquakes and volcanic explosions, they’re calling up, saying everything they said was going to start happening is happening,” said Hall, an engineer who lives in Florida. “It’s making people nervous.”

Michael Wagner is peddling a personal “survival pod” for people to take refuge from tidal waves. The Oregon man says he’s been getting a lot more nibbles since the recent earthquakes in Haiti and Chile.

And in the desert near Barstow, Robert Vicino is selling berths in the 13,000-square-foot bunker where Kramer plans to hunker down, should it come to that. Vicino’s company Vivos, based in Del Mar, charges $5,000 to reserve a space. Kids are half price. Pets are free.

Photo by The Los Angeles Times.