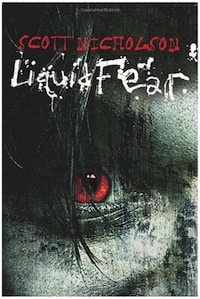 Scott Nicholson had a successful full-time job as a reporter, but his true calling was to write fiction. “Writing novels has always been my real career, but so much of it was out of my control. I followed the same path through the publishing world as most writersâ€”it was like there was an instruction manual dispensed by people who seemed a lot smarter than I was. Write every day. Research the markets. Get an agent. Stand in line. Build a career over time, and then I would be a writer.”

Scott played by the rules and built a modest career, publishing six books in mass market paperback and contributing seventy short stories to magazines and anthologies. But soon Scott found his career hitting a wall. He discovered the big publishing houses weren’t taking as many chances on midlist writers like him. “After 800 rejections, I realized that unless I found another way of getting my books out, they’d never be read by anyone but me.”

“When Amazon’s Kindle Direct Publishing platform opened,” says Scott, “I was skeptical at first, because the manual had always warned against self-publishing. They told us ‘no one would ever take you seriously.’ They were wrong.”

“My first self-published Kindle release, The Red Church, did really well and I was encouraged,” explains the author. “I was still submitting novels to agents and publishers, but as I added more books to the Kindle, I soon stopped sending work to agents and focused all my energy on self-publishing. Why go through others when it was so simple to do it myself? For the first time in publishing history, I can directly reach readers and let them decide whether they want to support my work. I trust readers to know what they want and find the writers they love, and it’s never been easier for us to connect.”

Scott continues, “The growth in new readers was steady, and after hitting the Kindle Top 100 bestsellers list at the end of 2010, my first year on the Kindle, I charted my sales and was startled by the numbers. I was earning more on writing than my reporting job, so I resigned, and for the first time, my day job was my career.”

Learn more about self-publishing on Amazon,