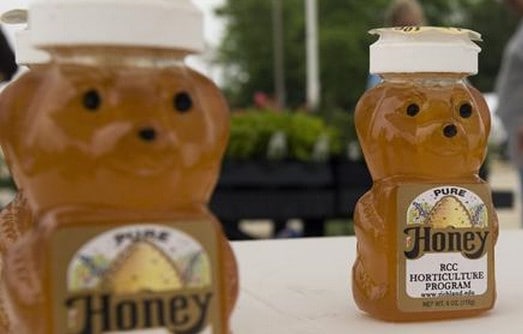 You might call them the Honey Police – beekeepers and honey producers ready to comb through North Carolina to nab unscrupulous sellers of sweet-but-bogus “funny honey,” reports The Associated Press.

North Carolina is the latest state to create a standard that defines “pure honey” in a bid to curb the sale of products that have that label but are mostly corn syrup or other additives. Beekeepers and honey packers around the country are fuming about products masquerading as real honey, and they hope the state-by-state strategy will secure their ultimate goal: a national rule banning the sale of any product as pure honey if it contains additives. Americans consume about 350 million pounds of honey per year, but just 150 million pounds are made domestically, creating a booming market for importers and ample temptation to cut pure honey with additives such as corn syrup that are far less expensive to produce. This month, the U.S. attorney’s office in Chicago announced the indictments of 11 German and Chinese executives and six companies on charges that they avoided nearly $80 million in honey tariffs and sold honey tainted with banned antibiotics.