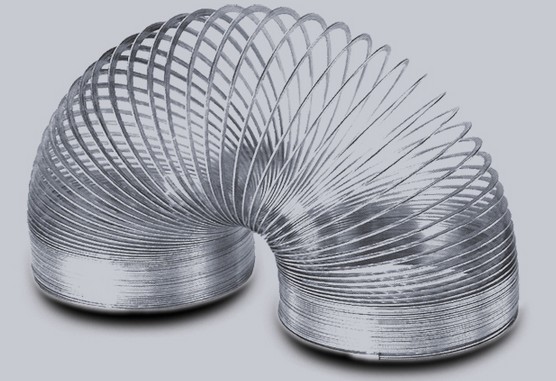 Who didn’t spend hours as a child sending a Slinky down the stairs? The metal toy has entertained kids and adults alike since it hit Gimbels department store shelves in November 1945.

How much do you know about the helical spring toy? Luckily, Answers.com has the facts about everything, including the Slinky.

2. In 1959, composer John Cage created an avant garde work called “Sounds of Venice” that incorporated the sound of an amplified Slinky.

3. Slinky is the Official State Toy of Pennsylvania.

4. Slinky inventor Richard James was a Naval engineer who left his ex-wife to run the company after he became an evangelical missionary in Bolivia.

6. The Slinky song is the longest-running jingle in advertising history.