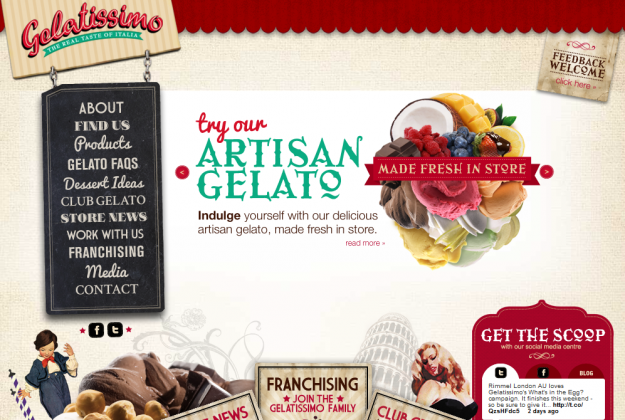 The passion for making quality gelato has been ingrained in the guys since they worked for their fatherâ€™s gelato bar in Crows Nest in the early nineties. â€œThe family learnt how to make gelato from cousins of ours from the south of Italy. Southern Italy is very well known for sweets and desserts, especially Calabria and Sicily. Theyâ€™re very quality conscious of ingredients and making sure the finished product tastes incredibly good,â€ Domenico explains. â€œWhen dad started this gelato bar it was all about making sure people get quality product.â€

After their father sold the bar, the new owners decided that theyâ€™d like to continue ordering their gelato, and a wholesale gelato business was born as new customers came on board. â€œI was working part-time as a waiter in a restaurant at Leichhardt and they knew that I made gelato during the day so they said â€˜letâ€™s try someâ€™â€, Domenico recalls. â€œI used to pack ice into the back of the car, make gelato and take it to the restaurant. I started to get to know a lot of people in Norton Street and I started to supply to people.

Opening their first Gelatissimo store in 2002 was a huge step for the brothers, who had been working for their father since they were young.

Now Gelatissimo is a successful chain, with 24 stores across Australia and more than 15 stores overseas. In order to cope with this expansion, the joint CEOs decided to franchise the concept.