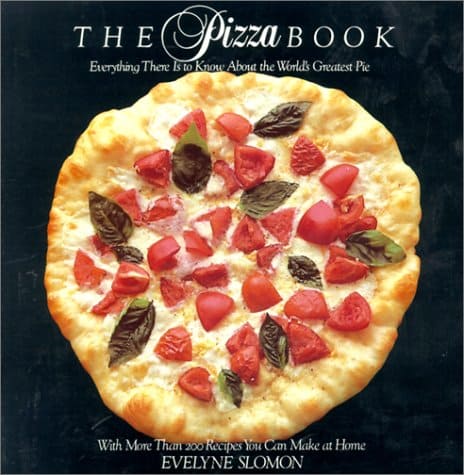 Are you hungry? You will be. This excellent short history of pizza is awesome:

I hope you aren’t hungry when reading this.

For that matter, when did pizza become a popular takeout food in the United States, to such an extent that in some homes Friday night is “pizza night”?

The United States received its first pizzeria in 1905, founded by Gennaro Lombardi. Italian American bakeries and markets were selling pizza long before this but Lombardi was the first to start an American business that was focused on pizza.

But the dish didn’t start entering mainstream consciousness until 1945, when American GIs returning from the Italian Front brought with them an appetite for pizza. This wasn’t enough to make it a national food, however. While making pizza was very simple, it was also a long process and sort of an afterthought. Pizza was the Italian equivalent of fried rice. It was a dish created to get rid of leftovers. The day after a big dinner, you took whatever ingredients you had lying around and baked them on top of some dough.

Luckily, one of the pizza-craving US soldiers returning home was a man named Ira Levin. Before the war, Levin repaired ovens with his father. He used that knowledge to build the first gas-fired Bakers Pride pizza oven. This design which has since been adopted by pizzerias all over the world was the real game changer.

Combined with the Hobart Mixer, this took out a lot of menial labor associated with making pizza. The Hobart Mixer mechanized the process of mixing dough. Combined with with the Bakers Pride oven, this meant that a single motivated worker could make a dozen pies in under an hour.

Pizza was already a flexible food. You could eat one slice as a snack or eat two as a meal. You could eat it dining in, take it home, or even eat it while walking. You could personalize it by topping it off with whatever you liked. But with new technology, it also became very affordable food because the ingredients were cheap and it was efficient to make.

Between 1945 and 1960, pizzerias were emerging all over the country. It was a food for everyone. Workers could depend on it for a fast lunch. Budget conscious families liked it because it was cheap.

These corporations made a huge marketing effort to turn pizza into a cultural institution. By the 80s, they had succeeded. Pizza had become an American institution and one that was synonymous with revelry and hipness. It was cool to eat pizza.

Here’s the rest. Read it.

For more, read The Pizza Book: Everything There Is To Know About the World’s Greatest Pie.