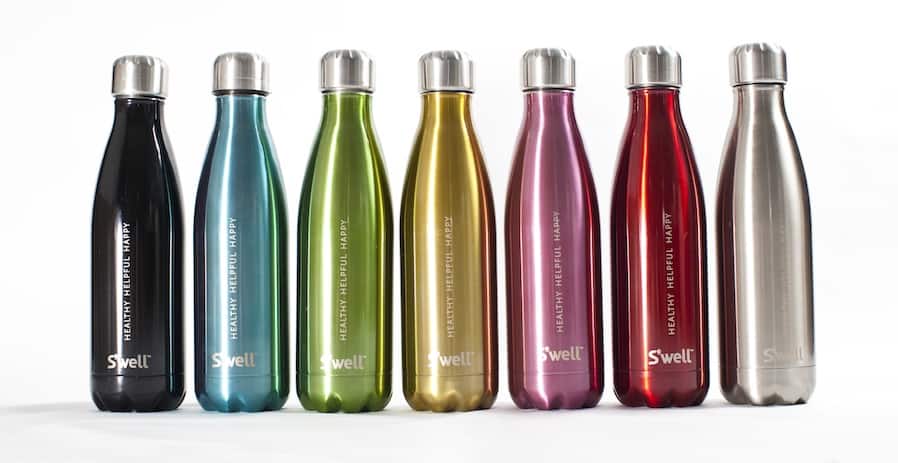 Many of the world’s most successful entrepreneurs are really environmentalists at heart. Their passion to help save the planet provides oftentimes overrides their motivation for personal success. Here is one such story:

RELATED: THE SHOE THAT GROWS IS MAKING A DIFFERENCE

The concern over the waste of plastic water bottles has never been greater. In the U.S. alone, an estimated 50 billion plastic bottles are dumped in landfill sites each year and over 200 billion globally.

In 2010, Sarah Kauss knew in her heart she needed to help do something about it. Inspired by a metal water bottle she’d been carrying around – functional but not at all stylish, especially for young executives – she invested $30,000 of her own money to launch S’Well. Her goal? To rid the world of plastic bottles.

S’Well produces a line of insulated, reusable, BPA-free stainless steel bottles that are designed to keep drinks cold for 24 hours and hot for 12 hours. In 2011, after a plug from Oprah Winfrey and other media outlets, S’Well’s popularity soared.

Today, S’well bottles come in 90 colors and three sizes, priced between $25 and $45. The bottles sell in major stores nationwide, including Nordstrom, Neiman Marcus, Starbucks and J.Crew.

RELATED: 7 FEMALE ENTREPRENEURS YOU SHOULD KNOW

Since its launch, the New York-based firm has sold four million bottles. While profitable in its first year, revenue has further surged – to 400 percent between 2013 and 2014 – hitting $10 million last year.

At S’Well, Founder and CEO Kauss also emphasizes giving back to those in need. The company partners with other charities working towards bettering the environment and communities around the world.