Business Opportunities
Home Business What Does the Future Hold for Cardano (ADA)? 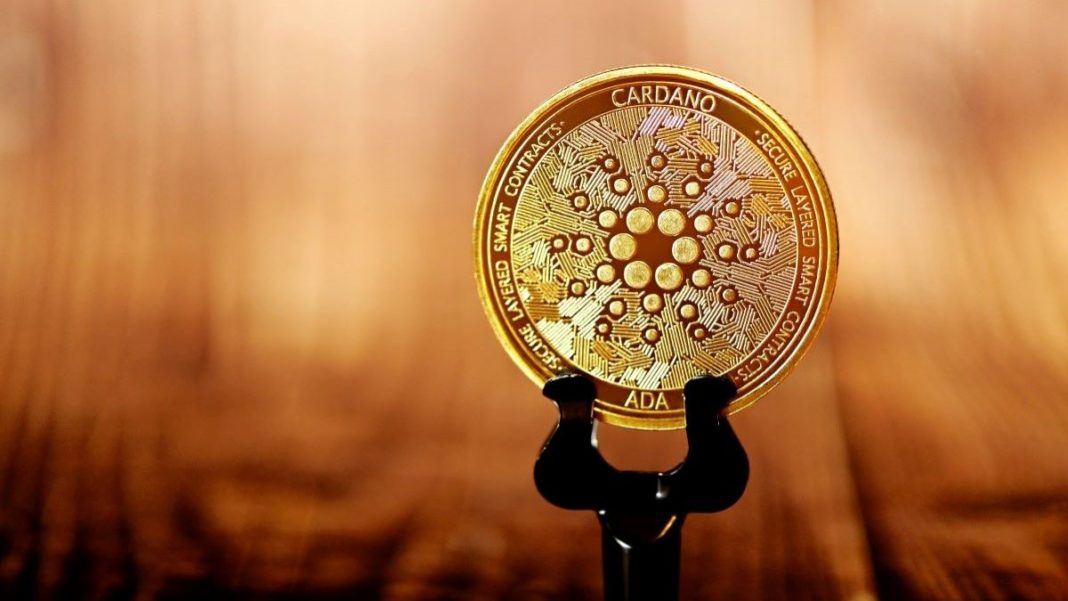 A cryptocurrency that has gained the attention of traders and investors recently is Cardano (ADA). In this article, we look at recent developments with this altcoin, delve into its history, and take note of what forecasters say about its future.

RELATED ARTICLE: WHAT IS BLOCKCHAIN TECHNOLOGY AND WHAT IS IT GOOD FOR?

The crypto market has gained massive popularity in the last few years, more than most would have previously imagined. In fact, the market is presently bullish for the future of crypto, and many cryptocurrencies are doing well around the world. Moreover, the technologies that underpin these coins are continuously evolving. This, too, draws the attention of both traders and investors.

One of the cryptocurrencies that is gaining attention these days is Cardano (ADA).

This altcoin enjoyed a price rally at the beginning of 2021, reaching a high in May that caught the attention of many strong hands and attracted investors. However, a few weeks ago, as crypto markets in general experienced a fall, Cardano dropped about 46%.

So if you have been wondering what the future holds for this altcoin and if you should invest, this article is for you. We highlight some of this cryptocurrency’s recent developments. We speculate about whether it can bounce back to its recent high, and we note what forecasters say about its price in coming years.

Cardano, created in September 2017, is considered the world’s first-ever peer-reviewed decentralized blockchain solution. The technology was built by the technology company Input Output (IOHK), whose chief executive officer is Charles Hoskinson, one of the co-founders of Ethereum.

Just as ETH powers the Ethereum network, the ADA coin powers the Cardano blockchain. Interestingly, ADA is named for Ada Lovelace, a 19th-century mathematician and the first computer programmer.

Shortly after its launch in 2017, ADA quickly established itself among the top cryptocurrencies. Mainly this was because of the interesting programming language employed in its build. It was seen to be native to military infrastructure and other high-profile industries, making Cardano extremely valuable for a variety of sectors.

This Cryptocurrency Runs on a Fully Decentralized Network

In March 2021, block production on Cardano became fully decentralized, with a community of stake pool operators (SPOs) producing all the blocks. The focus is to use the SPO ecosystem to build connections between seven core nodes. Earlier, these nodes were used on the blockchain to produce blocks.

However, to further increase efficiency and create a more decentralized network, the developers worked on creating peer-to-peer (P2P) code. The purpose was to enable automated communication between nodes. By the time this is fully achieved, Cardano will be able to run completely on community nodes.

IOHK also plans to release its Plutus smart contract language before the end of the year. For this reason, the company took a step in April to launch a program to recruit and train developers for the tasks ahead. The company has also formed a partnership with software developers to build decentralized applications (DApps) to stress-test the network.

IOHK is also planning a hard fork of the Cardano blockchain during the third quarter of 2021 to allow for easy implementation of its Plutus smart contracts. Nonetheless, the company has also put everything in place to ensure Cardano will remain at the forefront as decentralized finance (DeFi) kicks off this year.

The Coin’s Price Corrects After Doubling

By May 24, ADA already had a position as one of the four largest cryptocurrencies by market capitalization, behind Bitcoin (BTC), Ether (ETH), and Tether (USDT) at $45.6bn. However, shortly after the bitcoin rally ended, ADA also fell from its all-time high of $2.46 to $1.03 on May 19. Since that time, the coin has traded below $2, leaving many people asking, “What is the future of ADA coin?”

The beginning of the year 2021 proved to be a fruitful one for many cryptos, including Cardano. The asset started at $0.1806 and reached a new all-time high of $2.46 before it plunged and stabilized at $1.48. Currently, Cardano is enjoying attention because of its efficient PoS mining process that limits its carbon footprint.

If the network continues to work toward more sustainability, chances are it will attract more environmentally conscious investors. This could shoot ADA’s price up to $3.194 by the end of the year.

However, unless there is a noteworthy development with the network, it might only manage to carry over its current investors, who will stick with the currency because of its increased scalability and user-friendliness. In that case, the price will likely move at a decent average figure of $2.561.

Nonetheless, if more celebrities address the environmental costs of crypto monsters like Bitcoin, Cardano will come in handy as a golden alternative. This could drive its price up to as high as $5.13, as many people will begin to invest in this token.

What Experts Say About the Future of ADA

Due to the volatile nature of the market, it is pretty hard to predict the price of any cryptocurrency. However, experts have spoken out on the matter, predicting what might happen to the ADA coin price in the years to come.

For example, Smartereum author Adam Web believes ADA has a bright future. He says this coin has the potential to rise to $2.50 before the end of 2021. Further, he believes it could reach as high as $10 in the next five years.

Additionally, Coinswitch released a strong Cardano price forecast of $2 in the near future while expecting ADA to reach more than $3 in five years.

How Many Cardano Coins Are There?

Presently, there are 31.95 billion ADA coins in circulation, out of a total supply of 45 billion, according to CoinMarketCap.

Is It a Good Investment?

Whether Cardano is a good investment or not for you depends on your financial circumstances and risk tolerance. As with any other investment vehicle, we recommend that you do your own research to determine if ADA is a good investment for your portfolio. Also, as always, never invest more than you can afford to lose.

Does Cardano Have a Future?

Cardano is definitely a coin with good potential. Despite its recent plunge in price, it still has a promising future.

If the crypto market rebounds and the ADA coin attains new heights, it could reach the $10 mark later this decade, according to some forecasts. However, this coin might be unable to break through resistance and would therefore fail to meet this price mark.

Where Can I Buy ADA Coin?

You can buy ADA coin on cryptocurrency exchanges such as Binance, AnyCoin Direct, and Coinbase. But for an easy and quick transaction, we recommend using AnyCoin Direct when buying your Cardano (ADA) coin. The platform is more straightforward and seems to be safer than many other exchanges out there.