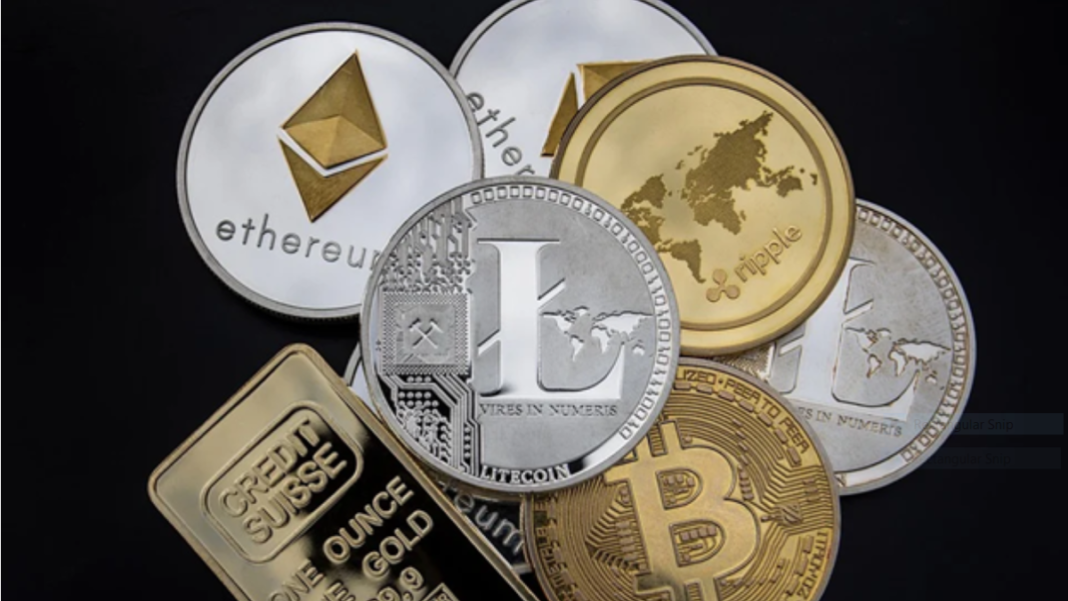 When people hear about cryptocurrencies, the word “bitcoin” tends to come to mind first. In fact, it is not uncommon for people to know only about bitcoin. After all, hundreds of news headlines show up for bitcoin every day in people’s news feeds. It is not often that people even hear about bitcoin alternatives.

Nonetheless, bitcoin’s volatility in 2021 made many people start to wonder whether it was worth their investment or not. There were discussions about a fund for Ethereum and other cryptocurrencies.

If you are still confused about this issue, don’t worry. In this article, we recommend bitcoin alternatives that are important cryptocurrencies, full of lucrative potential.

Virtual currency is a form of digital asset. In fact, virtual currencies are like regular currencies. However, they are encrypted so people can exchange them on online platforms.

The most obvious difference between virtual currency and fiat money is that digital currencies, whether bitcoin or one of its many alternatives, are only available in encrypted form. Digital currencies have no physical form. It really is that simple. While you may have seen photographs of coins that appear to represent digital currencies, like the image at the top of this page, those are just mock-ups and nothing more.

Cryptocurrencies are only stored and traded through designated software or smart deposit devices. All transactions take place over the internet through dedicated networks that ensure safe trading and investing.

The blockchain system is the core technology element that creates virtual currencies. Blockchains have the power to make bitcoin and its alternatives immutable, decentralized, and extremely transparent. It is important to note that governments do not control or issue cryptocurrencies. Instead, virtual currency developers hold the management rights.

Bitcoin: A Risky and Volatile Crypto

In 2007, bitcoin broke its all-time high and investors set even higher expectations.

At the nadir of the epidemic, however, bitcoin’s value plummeted to $4,000. However, bitcoin and its alternatives have since been recovering, and many investors have begun to view bitcoin as a safe-haven asset.

The crypto market was flying high as 2020 came to a close, and most crypto coins showed impressive growth. Bitcoin was no exception, achieving a growth rate of 28.63% at that time.

But then, billionaire Elon Musk tweeted a negative remark about bitcoin and nervous investors took note. The coin’s price fell dramatically. Next, the the Chinese government made cryptocurrency transactions illegal and banned bitcoin mining. The news left crypto markets reeling. Many cryptocurrency investors sold off their holdings of bitcoin and its alternatives.

Let’s take a look at five important bitcoin alternatives in the cryptocurrency market:

Among cryptocurrencies, ETH is second only to bitcoin in market capitalization. Ethereum rallied early in the year from $730 to more than $4,360 in May 2021. In fact, the year 2021 could be the “golden age” of ETH.

The reason for the coin’s stellar performance lies in the buzz around the highly anticipated launch of the ETH 2.0 project. In addition, some investors are attracted to the growing DeFi movement.

Experts believe these factors could drive the price of ETH even higher. In fact, many of them think that Ethereum will become as popular an investment as bitcoin.

Litecoin (LTC) as a Bitcoin Alternative

One of the main reasons to consider investing in the bitcoin alternative Litecoin in the near term is that it is still one of the most liquid coins. What’s more, it has the largest market capitalization.

In addition, its designers gave it a limited supply of 84 million with a fairly high reward of 25 LTC. Its mining time is short, as well, since each coin takes only about two minutes to create. These factors make Litecoin attractive to investors.

In fact, if you want to invest in a product with high potential but low risk, LTC is a good choice.

At the moment, investors believe that Ripple (XRP) is the cryptocurrency with the highest practical value. This is because some global financial institutions and banks now apply it in cross-border money transfers.

For example, large institutions such as Banco Santander have been using xRapid and xCurrent, which are both Ripple financial products. The fact that XRP’s price has not yet risen makes it even more important in the view of savvy investors.

In addition, XRP is now institutionally backed and therefore safe from SEC regulation. This factor alone could secure its value for at least the next few years.

Binance Coin is one of the best cryptocurrencies to invest in after BTC and ETH if you want to diversify your portfolio further.

The value of BNB comes from its usefulness in paying for transaction costs on Binance, currently one of the largest cryptocurrency exchanges.

Earlier in 2021, founder and CEO of Messari, Ryan Selkis, predicted that Cardano would jump from tenth to fifth place on the list of bitcoin alternatives. The proof-of-stake blockchain platform Cardano, represented by the coin ADA, has a current market cap of $4,797,567,277. It will have to swell to more than $5,000,000,000 in order to secure a spot in the top five, but it remains a strong virtual currency.

RELATED ARTICLE: WHAT DOES THE FUTURE HOLD FOR CARDANO?

One of the key factors behind Cardano’s growth was the release of Hydra, a scalability solution that promises to give the Cardano network the power to process more than a million transactions per second. Further, its ability to process payments and smart contracts off-chain—in other words, not as part of the blockchain—will make Cardano one of the fastest systems in the world.

In this article, we have introduced you to some of the basics about the crypto market, including the top five bitcoin alternatives—Ethereum, Litecoin, Ripple, Binance Coin, and Cardano.  You might also consider checking out a company that builds blockchain apps.

Experienced crypto investors give this advice for new traders: Don’t invest large sums of money in cryptocurrencies if you lack the necessary analytical skills and the ability to allocate capital. Instead, choose short-term trading using small sums. This will give you a quick way to gain good profits while giving you a lot of useful experience.

RELATED ARTICLE: CRYPTOCURRENCIES AND BLOCKCHAINS: WHAT ARE THE POSSIBILITIES?