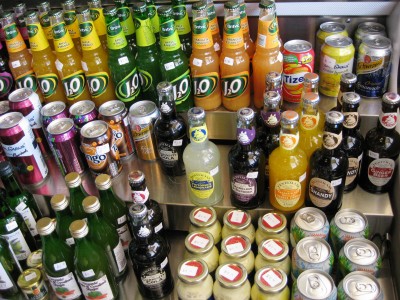 As he puts it, Gary Szekely developed an app.

Only it wasn’t for an iPhone, iPad or any other multimedia device – Szekely’s new technology instead applies to the unsung vending machine.

The owner of Kalamazoo-based Advantage Vending has a patent pending on a device that attaches to a particular brand of refrigeration system and taps into its interface to maximize energy efficiency.

In 2001 at a Chicago trade show, Szekely met representatives of Simplicool, a Waynesville, Ohio, maker of a patented, computer-controlled modular refrigeration system known as the Cube. Resembling a sturdy briefcase and weighing a manageable 62 pounds, the Cube was already innovative in the vending industry. A year after buying a unit, Szekely called Simplicool about a problem he had.

“They said, ‘Well, if you plug your laptop into the board and tell us what you see on your screen, we’ll diagnose it for you,’” Szekely said.

That flipped a light on in his mind, he said.

Simplicool connected Szekely with the Cube’s independent software engineer. Several years later, after stops and starts, hundreds of hours of testing and thousands of pages of data, Szekely inserted his vending expertise into a device he calls the Energy-Saving Interface Board that can optimize a vending machine or cooler’s operation.

Everything You Should Know About Wondershare PDFelement Pro