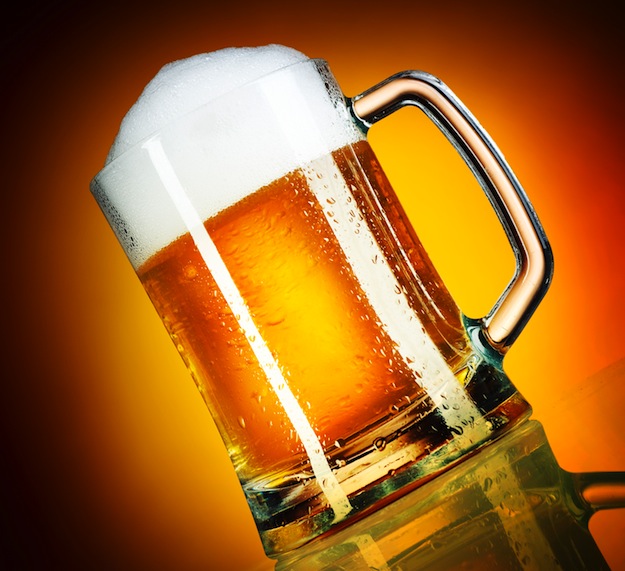 In space, what happens to the bubbles in a glass of beer? How do you pour it? Can you even drink beer in space?

Two beer-preneurs plan to find out when they market the first beer in space. BusinessWeek has more:

Jason Held and Jaron Mitchell have a dream. In that dream, you are floating along in the inky black expanse of space. Youâ€™ve just finished a game of zero-gravity tennis, and you are really, really thirsty. You reach out as an ice-cold bottle of beer drifts past, and once the first drop hits your lips, you know your lunar holiday is complete.

For Held and Mitchell, there is nothing far-fetched about this scenario. Held, 40, is an American aeronautical engineer who has worked on NASAâ€™s Hubble Space Telescope; 29-year-old Mitchell owns a successful gastro pub in Sydney. The unlikely duo has teamed up to craft a high-tech brew called Vostok 4 Pines Stout, named after the Soviet rocket that made Yuri Gagarin the first man in outer space. Their goal is to have Vostok stacked in a drink cart on future commercial space flights. â€œ[In] 20 years [we] could very likely be up in outer space for the weekend,â€ says Mitchell, sitting in his pub overlooking Sydney Harbor. To get a jump on the competition, heâ€™s contending not only with the earthly challenges of brewing beer but also with intergalactic ones, namely weightlessness, tastelessness, and downright messiness.