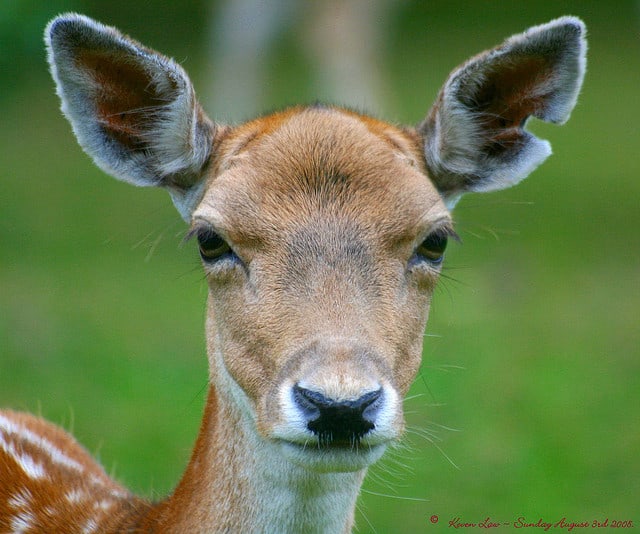 Mrs. Doe Pee’s Buck Lures sells deer doe urine as a hunting lure. How do you get into that business? And, more importantly, how do you collect the urine? BusinessWeek has the answer:

The Collora family business began in 1987, when Mrs. Collora, then an orthopedic nurse, bought a deer for her husband, a plant manager at a steel-manufacturing facility. The deer was intended as a live model for Mr. Colloraâ€™s amateur taxidermy hobby, but he began collecting its urine as a hunting lure and selling it to friends. When the demand exceeded his supply, the couple officially launched Mrs. Doe Peeâ€™s in 1991, opening their first urine farm.

It was a difficult market to break at first, especially with so few hunting shop owners willing to stock urine. â€œA lot of stores did not want to carry refrigerated urine,â€ says Mrs. Collora. â€œEspecially if they also sold food or drinks.â€ But the industry has evolved in recent years, she says, and now with many stores having multiple smaller beverage refrigerators, where the deer urine can be safely and clearly separated from the Cherry Coke and Red Bull, theyâ€™re more willing to sell their products.

The process of farming urine is not nearly as disgusting as it sounds. â€œItâ€™s not like a hog confinement,â€ Mr. Collora says. â€œItâ€™s not one of those nasty, awful things.â€ The collection roomâ€”a two-story barn where the deer stay at night, allowing the urine to â€œdrip through gratesâ€ from the top floor into waiting vatsâ€”has stainless steel floors that are hosed daily with high-pressure hoses. Every morning, the urine is taken into a walk-in refrigerator and bottled. No preservatives are used, because Mr. Collora believes that any chemicals would destroy the pheromones that make deer urine so invaluable as a hunting lure. â€œThe pheromones are everything,â€ he says. â€œWithout that, the stuff is useless. Itâ€™ll still look like urine and smell like urine, but it wonâ€™t have that pheromone-drawing quality that the fresh stuff does. At that point, itâ€™s just â€¦ urine.â€