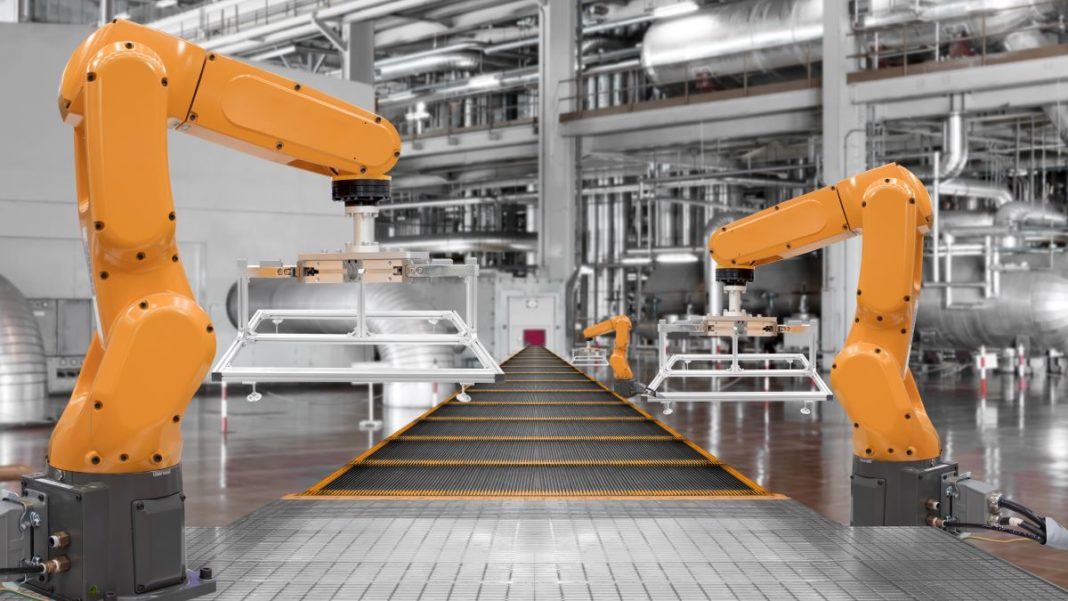 Industrial robotic arms are used by multiple industries to perform various tasks. In fact, they can do a lot of the same things human beings can, sometimes faster and more efficiently. In this post, we take a look at some of the jobs industrial robot arms can be used for.

Industrial robot arms can perform assembly in many industries. For instance, the automotive industry now uses industrial robots to accomplish tasks that once only human beings performed.

However, people are still important in these operations. This is because human beings must still control and manage these mechanical devices. Nonetheless, with them an automobile can now be built more quickly and efficiently than human beings alone could have built it.

Additionally, home-building robots may soon be in our future. Already, these automated creatures can lay masonry, install drywall, and haul heavy materials as well as or better than their human counterparts. This makes for fast and efficient homebuilding that is also cost-effective.

Today, it is human beings who most often perform welding jobs, commonly in garages or motor repair shops. However, welding is tedious work, and it can be dangerous as well.

But when industrial robot arms instead of human beings do the welding, it is less risky. What’s more, they can perform welding tasks more quickly than people can. All the human expert needs to do is to program them, then monitor from afar.

What’s more, when a human being does the welding and something goes wrong, the person could be harmed. In contrast, when an industrial robot arm does the welding, it does the job quickly and safely.

Additionally, when human beings do the welding, they sometimes need to take breaks. Therefore, there could be flaws in the final weld. In contrast, when a robot does the welding, all it needs is a little expert programming. It needs no breaks, and it doesn’t tire as a human being would.

These days, truly skilled professional painters are hard to find. But industrial robots are more than capable of such jobs, once they have had some programming. And when an industrial robot does the painting, it does the job quickly, covering a larger area faster and better than a human could. An industrial robot will not waste paint, either, and its work will rarely need to be redone.

Industrial robot arms can also move materials from one area to another. Likewise, they can remove unwanted substances such as mildew and mold from various surfaces. For example, when a roof has developed mold or algae, industrial robot arms can easily spray on the proper chemicals, taking care of the problem safely and quickly.

Because industrial robots are so good at what they do, we can expect to see more of them performing everyday tasks as well as industrial jobs. This is not to say, however, that human beings won’t be needed. People will still need to understand what these machines need to be doing, then program them to perform those tasks and monitor them as they do so.

RELATED ARTICLE: THE BENEFITS TO YOUR BUSINESS OF DOING THINGS IN HOUSE