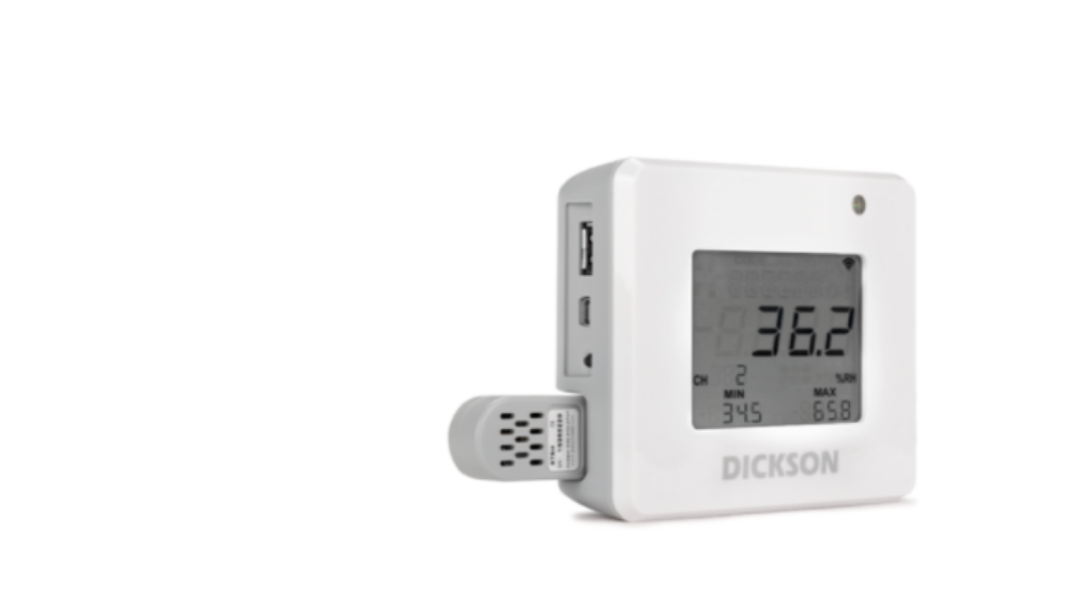 The march of technology is full of stories in which a better technology replaced an earlier technology. This isn’t to say that the obsolete device is useless or worthy of contempt. In fact, in their own day, obsolete technologies were probably revolutionary.

But their limitations inspired a creative soul to wonder, “Is there a better way?” For that, obsolete tech holds a respected place in history, even if these devices no longer enjoy a spot in the marketplace.

A Quick History of Chart Recorders

The first known chart recorder was part of the first dynamometer car. This was a railroad car capable of logging the “dynametrics” of the locomotive.

It was built in 1838 by Charles Babbage, sometimes called the “Father of Computing.” At the time, he was in the employ of the Great Western Railway in Great Britain. Among the car’s many technological marvels was an early chart recorder. It had twelve pens that moved in response to electromagnets.

The pens traced lines on an unrolling sheet of paper thousands of feet long. The oscillation of the pens in response to the electromagnets created a continuous visual chart of the dynametrics of the locomotive. They recorded its power, top speed, pulling force, and more.

Prior to the chart recorder, human eyes would have to read conditions like speed and power from gauges. Then the data would be handwritten in paper logs. This system was labor-intensive and prone to human error. Babbage’s ingenious device was the first interpretable, contemporaneous, automated record of physical conditions.

Further developments followed. In 1848, Samuel Morse’s telegraph system adopted a similar method of recording dots and dashes on an unfurling roll of paper tape. William Henry Bristol applied for a patent in 1888 for a “pressure indicator and recorder.” The patent for the first official chart recorder was issued to Portland, Oregon-based inventor J.C. Stevens.

A chart recorder is an electromechanical device. It can be entirely mechanical, like a manual stopwatch or wristwatch. It records conditions like temperature or pressure from the surrounding environment using a sensor. The sensor then sends impulses to oscillating pens, which record the condition on a strip of paper as a fluctuating line.

The strip of paper can be unfurling from a spool, furling onto a drum, or circular. In whichever configuration, it creates a visual and contemporaneous paper record of ambient conditions.

A Quick History of Data Loggers

With the computing revolution, digital devices took over many jobs previously done by mechanical devices. Automated data recording was one of them.

The digital data logger was introduced to take the place of the chart recorder. Instead of recording ambient conditions like temperature and pressure on a strip of paper with an oscillating pen, a data logger records those conditions at set intervals (daily, hourly, and so on) on a digital storage drive, like a flash drive or hard drive.

Why Data Loggers Have an Advantage

When one technology replaces another, the new technology usually has several advantages over its predecessor. Here’s how data loggers triumphed over chart recorders:

Chart recorders were bulky machines with a lot of moving parts. This made them space-hogs. What’s more, they were expensive to manufacture, acquire, and repair.

Early computers filled entire buildings and cost millions of dollars. However, as the technology advanced, computers became pocket-sized and affordable. Digital data loggers eventually surpassed chart recorders in terms of price, quality, and efficiency—all in a much smaller package.

One of the defining characteristics of the chart recorder was the paper chart. This consumed paper as well as ink.

Data integrity is a big deal to companies as well as to regulators. To have integrity, data must be:

Data recorded by chart recorders were attributable and contemporaneous. They were legible if the chart paper was properly graphed so that the position of the ink line could be interpreted. They were accurate so long as the sensor was accurate and human eyes could detect even fine changes.

The only original copy of the data, however, was the paper record. Once transposed into a compliance report, the data could no longer be considered original, since it must be copied by human hands.

Digital data loggers had the advantage of legibility, since they provide numbers instead of line graphs. Moreover, they deliver greater accuracy, thanks to today’s higher-resolution data loggers. Most of all, they offer greater originality, as the data can be copy-pasted or auto-populated into compliance reports. This assures less risk of human error.

They Have IoT Capabilities

Modern digital data loggers can connect to the internet and upload data directly to the cloud. Companion software solutions can even compile compliance reports through automation. Some platforms may even allow the data logger to send push notifications to the user’s PC or mobile device to alert the user of a lapse in conditions.

For a look at many of the different capabilities of a modern data logger, Dickson has some examples.

While chart recorders have gone the way of the pocket watch—as eye-catching pieces in museums and at Steampunk festivals—they were cutting-edge in their day. Truly, they played an important role in the history of data recording. This, in turn, they created the possibility of quality assurance and regulatory compliance. While digital data loggers have largely replaced chart recorders, both of them have played a key role in delivering better, safer products and services to consumers.