Business Opportunities
Home Around the Web The Legal Arena: Games That Danced with Litigation 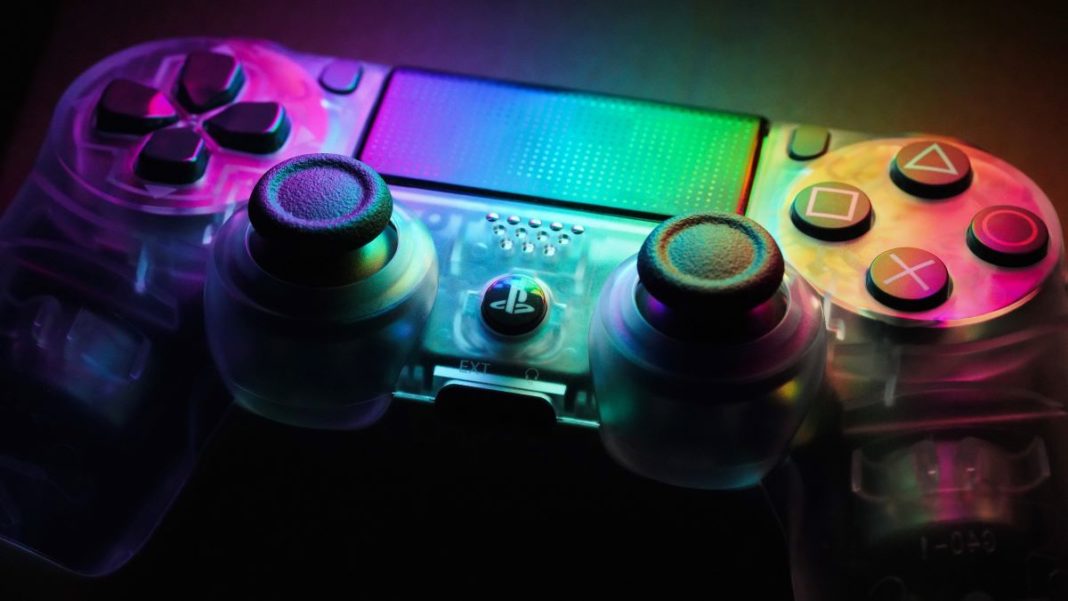 Video games contain some very graphic and sometimes arguably gratuitous violence, but the courtroom is where things truly get ugly.

Finishing up back in 2018, ZeniMax Media (parent company of legendary id Software) brought a civil lawsuit against Oculus VR. They claimed Oculus stole their intellectual property with regards to their signature device, the Rift.

In 2012, Oculus founder Palmer Luckey developed a prototype of the Oculus Rift. John Carmack, who at the time was an employee at id, was an avid VR enthusiast. He modified the prototype after having seen it.

After showing the game off at that year’s E3, Oculus enjoyed a hugely successful kickstarter campaign. This led to further venture backing in 2013. During this time, Carmack left id to join Oculus as their Chief Tech Officer. In that same year, Facebook bought Oculus for $2 billion.

In 2014, ZeniMax issued letters to Oculus claiming that any work that Carmack had completed for the Oculus Rift while he was still an employee of id meant that any work or intellectual property (IP) in question was property of theirs and/or id’s, the primary being the “VR Testbed.”

Oculus hit back saying that it was a “transparent attempt” by ZeniMax to muscle in on the lucrative Facebook acquisition deal. ZeniMax reportedly attempted on multiple occasions to reach some sort of resolution before taking the legal route. However, these attempts fell on deaf ears of those in power.

ZeniMax officially filed their lawsuit in 2014. However, the case took more than four years to reach a conclusion. In the end, the conclusion was that Luckey had broken a signed NDA and that Oculus had breached copyright. The ruling resulted in $500 million payout in damages for ZeniMax from multiple sources.

This eventually became a private out-of-court settlement after a series of appeals from Oculus in December 2018.

Knights of the Unreal Engine

In 2007, development studio Silicon Knights (known for largely for their work on Eternal Darkness: Sanity’s Requiem, Metal Gear Solid: The Twin Snakes, and Too Human) entered into legal fisticuffs with now industry titan Epic Games. This began with a dispute regarding Epic’s game engine, Unreal 3.

SK stated that Epic failed to “provide a working game engine” in the form of the Unreal Engine 3. They claimed this led the company to experience “considerable losses.”

This was related to SK’s Too Human and its development for the Xbox 360. Also, they believed that Epic had been “sabotaging” licenses for the engine. They also claimed Epic had missed its deadline to release the engine to developers. Further, they claimed that Epic had withheld vital improvements to the engine and had used the licensing fees paid by different studios to fund its own projects rather than fund development to the Unreal Engine itself.

Epic retaliated fiercely by counter-suing SK. In their countersuit, they said that the dev was fully aware of the state of the UE3 when they signed up to use it. They also said that Epic would continue to tinker with the tech while they made Gears of War. Epic also maintained that Silicon Knights had infringed and violated Epic’s copyrighted works by incorporating pieces of the UE3 engine code into its own projects.

In 2012, Epic both nullified Silicon Knights’ lawsuit and won their own. This resulted in SK having to pay $4.45 million in damages, a figure which doubled after incorporating legal costs.

Along with a substantial payment, SK had to recall and destroy all unsold copies of Too Human and its final game, X-Men Destiny.

The developer filed for bankruptcy in 2014, and no one has seen them since.

The Fight for Fortnite

From one Epic Games lawsuit to another, this is still ongoing at the time of writing and has yet to be concluded.

Fortnite (along with many other BRs) makes a ton of money from microtransactions such as rare Fortnite skins. This much is obvious. This is probably not the best way to play the game when you’re up against console and PC players. Nonetheless, the game still had a solid mobile following on both Android and iOS.

Epic was more than unhappy with Apple raking in a 30% cut of all of its generated revenue via the iPhone’s App Store. So on August 13, 2020, Epic modified the mobile version of Fortnite to circumvent the App Store’s purchases and funnel the full cut of the profits.

Apple promptly blocked the game and removed it from their store. (Google also did the same on the Google Play Store, which led to a separate lawsuit.) Epic then filed the lawsuit in question. Apple promptly countersued, charging a breach of the App Store’s terms of service.

The trial finally kicked off on May 3, 2021, and there’s been little movement as it’s so hot off the press. It has, however, led to the leaking of previously confidential documents detailing Epic’s discussions with Sony about cross-platform play. Also in the leaked documents are conversations with Microsoft about F2P games not needing an Xbox Live Gold subscription and a cancelled Walmart video game streaming service.

This is going back some years, but Nintendo received backlash from some parents after the release of the original Mario Party. This goes back to the Nintendo 64 after the company included some injury-inducing mini-games.

Mario Party was an experiment for Nintendo at the time. They were looking to make a game aimed at a younger demographic with a stronger emphasis on multiplayer play. They manifested this experimentation in the different mini-games they used. For example, one emphasis of control was on rotating the N64 controller’s analog stick.

This proved to be a mistake. This is because, (speaking from personal experience) rotating an N64 joystick at speed comes with a certain amount of pain. Many children who played the game experienced this pain. Thereafter, around 90 parents complained their kids had gotten blisters, burns, and lacerations from playing the joystick-spinning mini-games in question.

In order to prevent a lawsuit before it materialized, Nintendo of America settled with a payment of $75,000 to the state’s legal fees. They also issued protective gloves to anyone who requested them with proof of purchase via their “Mario Party Hotline.”

The First-Person Shooter Resistance: Fall of Man from developer Insomniac Games was a big-hitting game for the PlayStation 3. Moreover, it led to sequels and a series that did the console and Sony proud. However, in the first game, several scenes from the game’s alternate version of history drew the ire of a powerful religious body.

During the course of the game, many missions take place across various places in the United Kingdom with your band of soldiers fighting against the invading extraterrestrial Chimera. One of these locations is the Manchester Cathedral where one of the levels takes place. In this level, you’ll be firing weapons and throwing explosives all over the holy building.

Various members of the Church of England expressed anger at Insomniac and Sony for setting such a scene of violence inside the historical structure. They accused Sony of “virtual desecration.” They also claimed copyright infringement, and said it was reckless of Sony to have a game which involves the player shooting in a building located in a city which has struggled with gun-related criminal activity.

They also demanded a formal apology. The Church of England wanted as well for Sony to take the game out of circulation for sale. Or, they could alter the location of that level and/or the likeness of the building. Moreover, they demanded a sizable donation to the Church to aid in their work to reduce gun crime.

Sony retorted that their work is completely fictional and that it involved an alternative version of reality and human history. This meant the game it did not breach copyright. They also compared it to television shows and films that used iconic landmarks and locations that involve a different version of historical events as we know them.

They did, however, issue a sincere apology. Additionally, all the furor around the game actually caused a spike in sales. So it actually ended up working out better for Sony in a weird way.

There are two instances of people suing other parties where video games are related to the proceedings. The first involves famous (or perhaps infamous) classic video game player/champion Billy Mitchell. Mitchell is a man who is no stranger to controversy and getting people all riled up.

He most likely first appeared on most gamers’ radars after his appearance as a pseudo-villain in the documentary The King of Kong: A Fistful of Quarters. Later he took a more subdued backseat role in the spiritual successor Man vs Snake: The Long and Twisted Tale of Nibbler. Notably, though, Billy Mitchell has held numerous video game world records on arcade classics like Donkey Kong and Pac-Man.

In the Cartoon Network animation Regular Show, the two stars Rigby and Mordecai face off against a giant, floating, bearded head called Garrett Bobby Ferguson (AKA GBF) in the episode “High Score.” In this episode, the pair take on the levitating cranium in a video game called “Broken Bonez.” Here, GBF uses underhanded tactics and cheats to dupe the pair into losing (almost). This is a criticism many have leveled at Mitchell in the past.

Mitchell took legal action, deeming that the company had used his likeness without his permission. The New Jersey Federal District Judge threw the case out after it was ruled that Mitchell was a human being, and GBF was an enormous floating head. The judge said there were not enough distinct similarities between the two parties.

The second is another tedious, court-clogging case brought by Hollywood actress Lindsey Lohan against Rockstar Games for their depiction of Lacey Jonas in GTA V, who was also portrayed as a young actress in Los Santos.

Her case was also dismissed, as was that of reality TV star Karen Gravano who brought almost identical charges against the developer. Judges dismissed the two cases mainly because the women’s images appear nowhere in the game. Moreover, their names are never mentioned and video games are under the protection of the First Amendment when it comes to such matters.