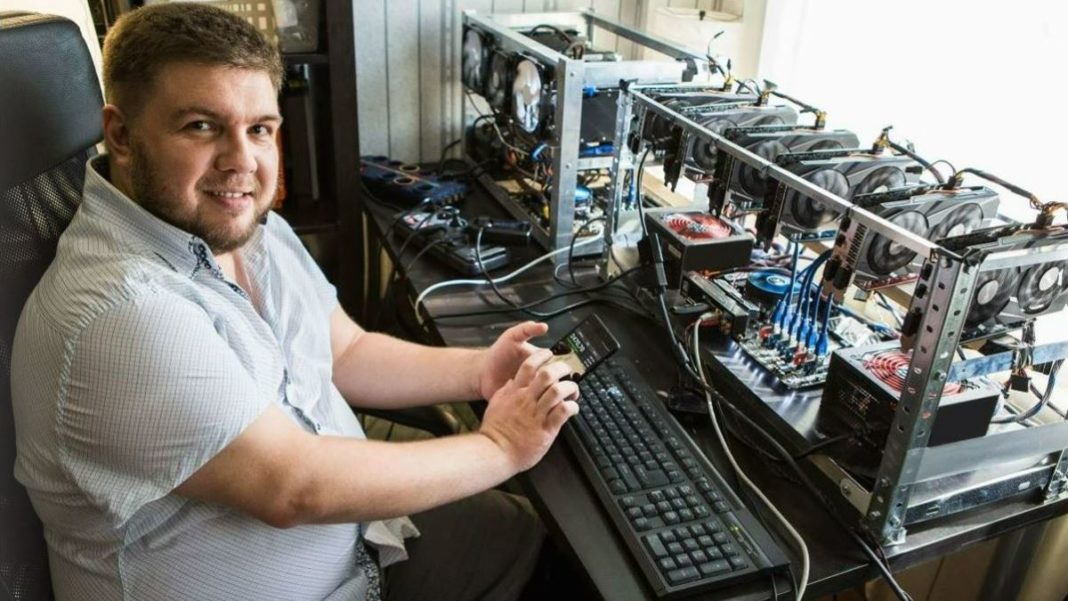 In the early days of bitcoin mining, people were excited about the idea of digital currencies. They represented a decentralized, self-managed network in which the users themselves were in charge of the transactions. But mining bitcoin has changed radically since those times. Read on to learn more.

Today, bitcoin resembles other commodities. For example, people who use oil and its derivatives do not themselves extract it from the ground. Similarly, the majority of bitcoin investors and users do not engage in bitcoin mining. Instead, almost all digital coins today are sold through exchanges and peer-to-peer systems for extensive public use.

Moreover, bitcoin mining is not profitable for everyone, just as pumping oil is an effort that is profitable only for certain institutions and individuals.

The economic viability of bitcoin mining depends on:

The timepoint at which bitcoin will reach its preset maximum is also an important factor influencing a potential miner’s decision.

The History of Bitcoin Mining

In the early days of bitcoin mining people were fascinated by the idea of digital currencies. They represented a decentralized, self-managed network in which the users themselves were in charge of the transactions.

They were a breath of fresh air in a world dominated by tax authorities and large corporations that oversaw nearly every financial transaction.

Back then, the value of bitcoin was not even close to what it is today. Miners were motivated by an idea, not a profit. They were able to generate hash sequences and validate transactions using not-very-powerful home computers and laptops. Then they discovered that high-performance graphics cards had the potential to significantly increase the speed of bitcoin mining.

Graphics cards consumed much less power per unit of work, and the results were 50-100 times better. Next, special devices found their way into bitcoin miners’ hands.

Profitability increased by a factor of five, allowing early-day miners to build the first “bitcoin farms.” These farms operated at a profit and paved the way for today’s bitcoin mining industry.

Bitcoin miners assemble these constructs using special equipment, video cards, and coolers. Obviously, it takes a lot of electricity to run a bitcoin mine, so access to cheap energy becomes paramount. It was the cheap electricity that made Chinese mining farms so profitable.

These days, anyone who wants to make money mining bitcoin has to compete with global corporations and hundreds of solo miners working in mining pools. But if you still think you would like to start a bitcoin mine, following is a brief guide into what you’ll need.

How to Choose Bitcoin Mining Equipment

Given the complexity of bitcoin mining, it is important to invest in the right equipment. For example, when you’re choosing the hardware, you should consider its hash rate. The hash rate is the number of calculations a video card, a central processing unit, or other hardware can perform per second. It is an extremely important parameter because a high hash rate will affect:

Miners are looking for a given hash function output, and they would prefer that the same input would always produce the same result. However, the hardware is unpredictable by design. Therefore, the best way to find a specific result is to try as many random inputs as possible.

Bitcoin mining is quite competitive. For this reason, you need to get through these random inputs as quickly as possible. Choosing hardware with a high hashing rate is extremely important in order to complete successful computations.

The hashing rate is measured in:

Bitcoin mining equipment is an investment that comes with considerable cost. Also, the more powerful the hardware, the more electricity it requires.

Before you buy, consider the power consumption in watts. Using hash rate and energy consumption, you can determine how many hashes you will get per watt. This will help you determine how profitable your venture could be.

To complete this calculation, divide the number of hashes by the number of watts. For example, let’s say the hash speed is 4,500 MH/sec and you know you will need 32 watts of power to maintain it. The quotient is 140.625 MH/sec per watt. To find out how much it will cost in cash you can use an online price calculator or wait for your next electricity bill.

The least powerful equipment for bitcoin mining is a home computer with its central processing unit (CPU). In the early days of bitcoin mining, this was the only way to acquire digital coins, and it was a profitable method back then. All you needed was a computer with a powerful CPU.

Then, to protect the network and earn even more money, people started to mine bitcoin in groups. However, CPU mining is obsolete today. You can use a laptop for decades without earning a fraction of a single coin.

Graphics cards (GPU), such as those made by Nvidia GeForce and AMD Radeon, are graphics processors. They are designed to calculate the complex polygons needed for high quality video games. This makes them especially useful for the math hash calculations necessary for solving transactional blocks. Despite the fact that they cost several hundred dollars, video cards give miners a significant advantage over simply using CPUs.

For example, CPUs will provide less than 10 MH/sec. But ATI 5970, one of the most popular graphics cards when it comes to mining, can give more than 800 MH/ sec.

The widespread use of graphics cards led to the first bitcoin farms that relied on computers.

While these machines are mainly for digital coin mining, they can also serve as home computers. Some people use them as gaming systems as well as for mining.

However, professionals hardly ever work with video cards. These days, since introduction of hardware designed specifically for mining, mining bitcoin has become dramatically more complex. In fact, graphics cards simply can’t compete with the newest hardware. These days, even with access to free electricity, GPU installations can hardly pay for themselves.

The next step up in bitcoin mining came with the introduction of the Field Programmable Gate Array (FPGA). An FPGA is an integrated circuit that engineers designed so that the end user can configure it after assembling it.

This development allowed mining equipment manufacturers to buy large volumes of chips and customize them specifically for bitcoin mining.

Interestingly enough, the launch of the first few FPGA devices was a huge success. It was quite revolutionary. Mainly, this is because FPGA devices are the first-ever machines to be specifically designed for cryptocurrency. They immediately gave miners advantages in energy efficiency and ease of use.

This is because a typical 600 MH/sec video card consumes up to 400 watts. In contrast, a standard FPGA device delivers a hash speed of 826 MH/sec at 80 watts. This improvement allowed for the development of the first large bitcoin farms.

A special purpose integrated circuit (ASIC) is a microchip that can mine bitcoins at incredible speeds. It provides a 100-fold increase in hashing power while reducing power consumption as compared to previous technologies. Experts believe that ASIC is the ultimate technology in the development of bitcoin mining equipment.

This is because these chips are designed for only one task. They can be quite expensive, but they are unmatched in terms of speed.

There are chips that more accessible, with a price of about $50, but their speeds are much lower. Therefore, for beginners, choosing the right equipment for bitcoin mining can be quite overwhelming.

Setting Yourself Up for Bitcoin Mining

In short, setting yourself up to participate in bitcoin mining can be expensive, both in terms of the components you’ll need and the power your mining will require. For these reasons, before buying the necessary parts and assembling a farm, it is very important to calculate the profitability of any mining you might choose to do. You’ll need to use a specialized calculator for this. For example, look into the Genesis Block or the BTC Mining Profit Calculator.

Finally, install bitcoin mining software that will work well with the hardware you have chosen.

The use of GPUs and FPGAs requires a host computer running the standard bitcoin client and bitcoin mining hosting mirery.io.

You will need the bitcoin client to transfer information between your mine and the BTC network.

The mining software instructs the hardware to do its job, which is to go through blocks of transactions and solve them. Some modern ASICs come with all the configurations prepared in advance, including the wallet address.

So if you’re intrigued with the idea of bitcoin mining, be sure to do your homework and learn all you can before you start. Use what you have learned from this article only as a starting point.

RELATED ARTICLE: HOW TO GET APPROVED FOR A BITCOIN LOAN